It’s been such a long time since I’ve posted here!  But things might be easing up, finally.

My brother visited and we’ve just completed a long two weeks enclosing our back porch.  Tonight, we sealed the grout, so all I have to do is wash the floor, lay the new indoor/outdoor rug I bought yesterday, and start setting the room up, including moving some plants out of the house to the new room.

Before that happens and I get some pictures together on the final project, I’m catching up with my overnight trip to ABQ a few weeks ago. My brother flew into the Sunport for the first time (instead of El Paso) and it gave me a chance to get out of town.  I drove up that morning and that Saturday night we went to an Isotopes baseball game which was a blast. The next morning we took the Sandia Tram, which I’ve always wanted to do. It was fantastic and I will be posting about that shortly.

But for now, here are a few pics from the drive up. Along the way, I came upon a big “wing.” I had seen one being transported back home and figured it was a blade of a wind turbine.  This one I saw close up.  I passed it, but the blade and I wound up at the same rest stop a few minutes later!  If you’ve never seen one of these babies, they are colossal and look like a whale!

First, the sign from the rest stop.  History and modern technology were together that day…

And here is the turbine blade… 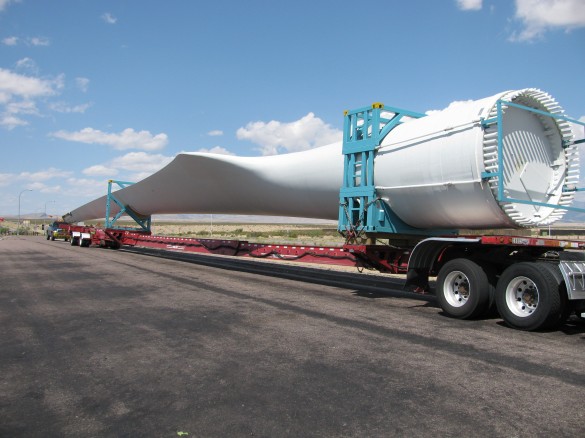 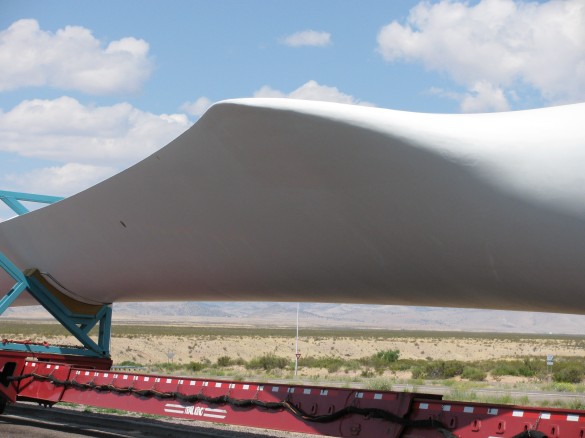 Look at how this thing is attached to the tower… 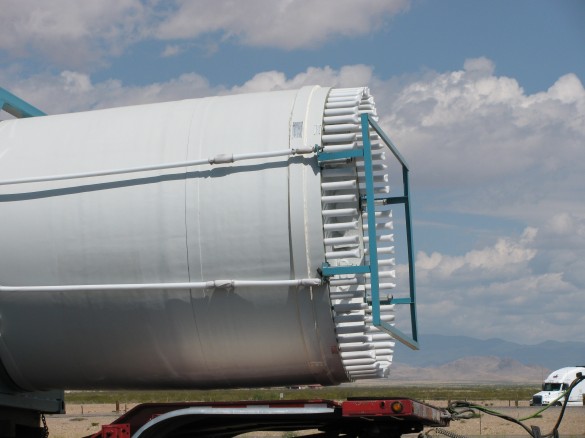 If I recall correctly, this blade was on its way to Utah.

Seeing this thing up close was a pretty great start to my trip!

Just before hitting ABQ I stopped at the Isleta Indian Reservation for gas. It’s a popular place along the road to take another quick rest stop and top off the tank.

I drove directly to the airport and hanging in the main lobby is an old biplane, with an engine that “pushed” rather than “pulled” the plane, sort of like how a VW Beetle had an engine in the back!  There was a fascinating display which told the story of aviation in New Mexico. 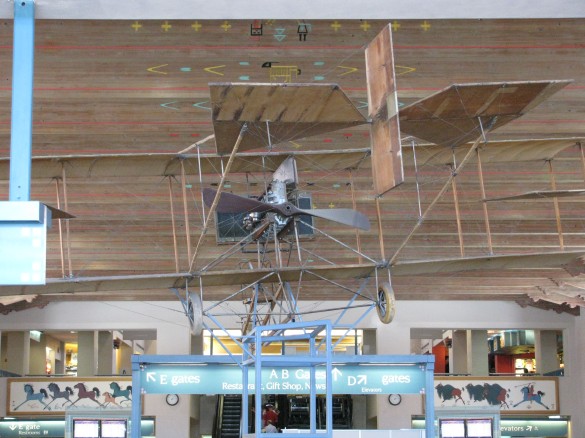 I got a peek of the Sandia Mountains from the waiting room.  From Wikipedia:

Sandía means watermelon in Spanish,[2] and is popularly believed to be a reference to the reddish color of the mountains at sunset.[3] Also, when viewed from the west, the profile of the mountains is a long ridge, with a thin zone of green conifers near the top, suggesting the “rind” of the watermelon. However, as Robert Julyan notes,[4] “the most likely explanation is the one believed by the Sandia Indians: the Spaniards, when they encountered the Pueblo in 1540, called it Sandia, because they thought the squash growing there were watermelons, and the name Sandia soon was transferred to the mountains east of the pueblo.” He also notes that the Sandia Pueblo Indians call the mountain Bien Mur, “big mountain.” 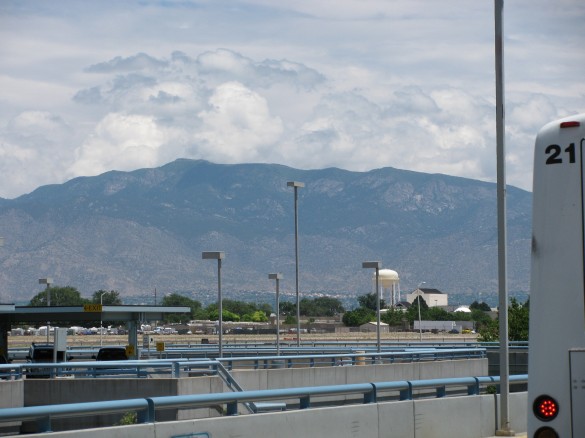 My brother’s plane came in on time. Eureka! Last year, flying via Dallas, he had a huge delay and it took him 12 hours to get back to New Jersey. So, we decided to try Southwest into ABQ and it worked like a charm.

Check out my new blog…