It’s been a frustrating week in the garden as the winds have continued and the temperatures have dipped the last day or so.  I’ve managed to put a couple of veggies and flowers into the patio pots, only to cover them up again to protect them from the weather.

Yesterday I bought a new Belle of Georgia peach to replace the one that is languishing.  I’ll get that in the ground over the weekend.

A big surprise is that I found a little apricot growing.  One seems to be finally showing on the flower I saw…but this one never seemed to have a flower that I ever saw, so imagine my surprise to see a an actual baby apricot!!  Let’s see if anything more shows up!

Last Tuesday I took advantage of the short trip over to my chess teacher’s house and took some wonderful pictures of the Organ Mountains. These views are literally a couple of minutes from my house…I’ll share one with you now: 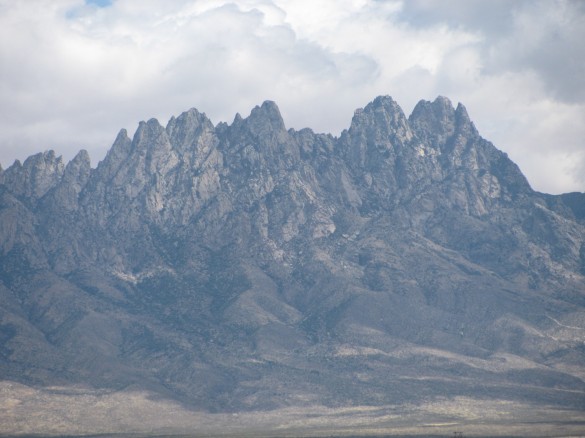 New Mexico has wonderful light, which attracts a lot of artists.  The changes in the skies and the light that changes from second to second are things which never cease to amaze me.

Closer to home, the quail are beginning to show up on my wall.  I love these guys and their plaintive calls. 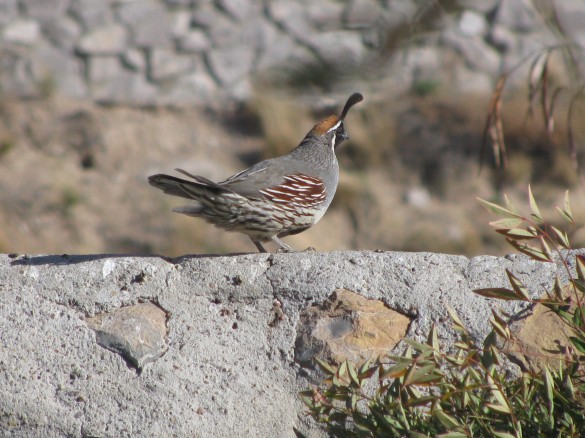 Finally, Slick the Sneak was into all sorts of trouble yesterday.  We left the house for an appointment and when we got back we found garbage all over the floor!  This hasn’t happened in quite awhile.  It really was close to the boys’ dinnertime, so I guess Slick was the leader of the pack in search of some grub.

This picture, which I took a couple of days ago, shows the little flash of the devil in his eyes: 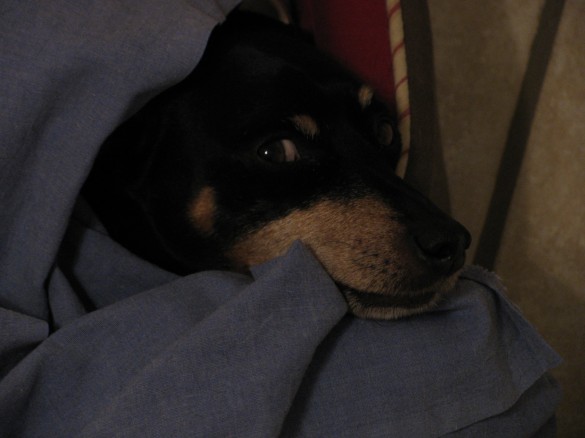 Let’s hope the winds die down next week! I have to put up the new grape trellises, plant a chocolate flower and really have to decide if I should bag the peaches. So far the squirrels haven’t shown up, which is amazing. I see the papa or mama when I look over the wall and they gobble up the lettuce and other veg scraps I toss over right away.  I suppose they’re busy with babies and as they grow, I’m sure they’ll be hunting for a lot more food…including peaches!

Check out my new blog...